A century ago, financier and philanthropist Otto Hermann Kahn built OHEKA CASTLE in the middle of a 443-acre plot on the highest point on Long Island in Cold Spring Harbor for an estimated cost of $11 million ($158 million in today’s currency). At the time of its construction, the French-style chateau was—and still is today—the second-largest private residence ever built in America. During the Gilded Age of the 1920s, Kahn used the 109,000-square-foot, 127-room estate as a summer home where he hosted lavish parties and regularly entertained royalty, heads of state, and Hollywood stars.

After Otto Kahn died in 1934, the estate changed hands several times, serving as a retreat for New York sanitation workers and a government training school for Merchant Marine radio operators. In 1948, the Eastern Military Academy bought OHEKA, bulldozed the gardens, subdivided the rooms, and painted over the walls. After the school went bankrupt 40 years later, OHEKA stood abandoned, except by vandals who set numerous fires over five years. In 1984, developer Gary Melius purchased OHEKA and the remaining 22 acres that surrounded the estate and began the painstaking challenge of restoring the Castle to its original grandeur.

Intent on preserving the authenticity of OHEKA, architects, historians, and researchers were brought in to corroborate every detail. Slate roof tiles, used in the two-year restoration of the roof, were sourced from the same Vermont quarry where Kahn had purchased the originals. More than 222 windows and doors were replaced with custom-made duplicates. The handcrafted wrought-iron railing on the Grand Staircase took two months to be refurbished. Faux Bois specialists were brought in to restore the walls in the Library and rubber castings were made to restore the beautiful plaster mouldings in the Ballroom and the Library. The Formal Gardens were recreated using original drawings from The Olmsted Brothers, resurrecting the eight reflecting pools and three fountains.

Today, after $40 million in restoration, the largest in American History, OHEKA CASTLE is listed on the National Register of Historic Places and is a member of Historic Hotels of America®, the official program of the National Trust for Historic Preservation for recognizing and celebrating the finest historic hotels across America, and Historic Hotels Worldwide®, which is dedicated to promoting heritage and cultural travel to prestigious historic treasures. The Castle has earned the reputation as one of the most recognized prestigious wedding venues in the world and has been the backdrop to many notable movie and TV productions, from the making of the classic film Citizen Kane, including Royal Pains and the more recent TV series, Succession. 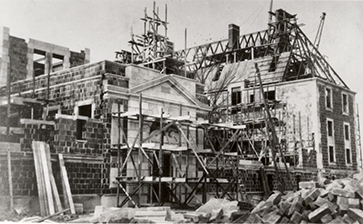 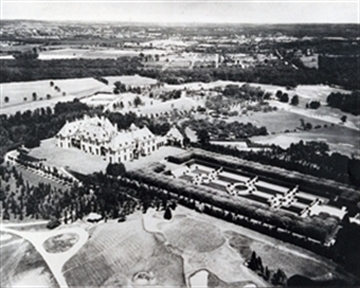 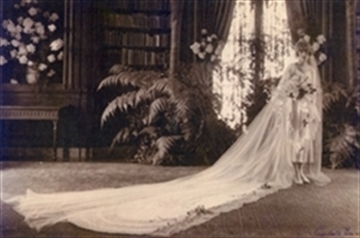 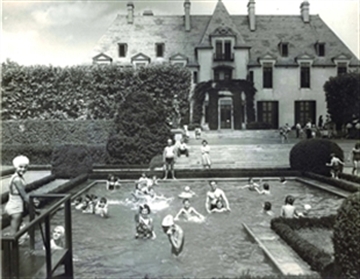 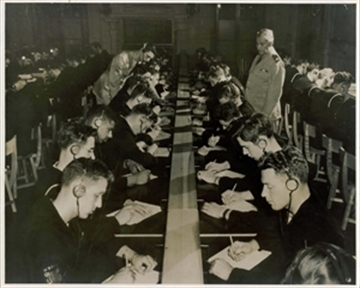 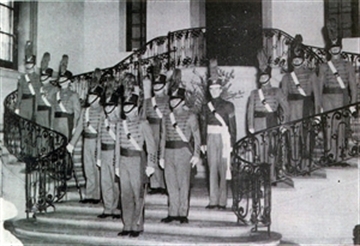 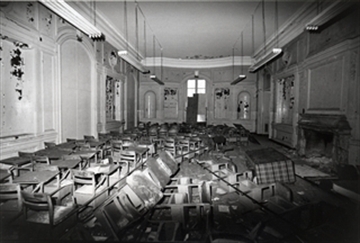 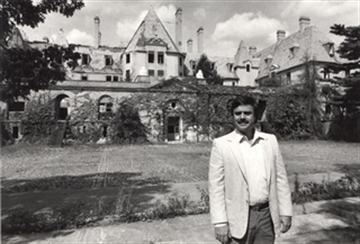 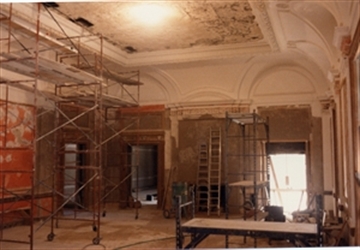 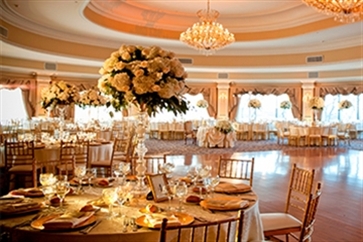 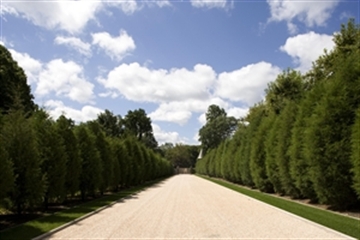 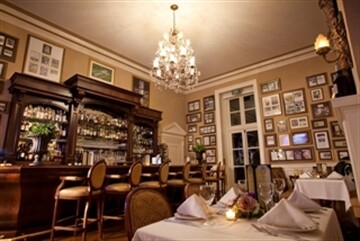